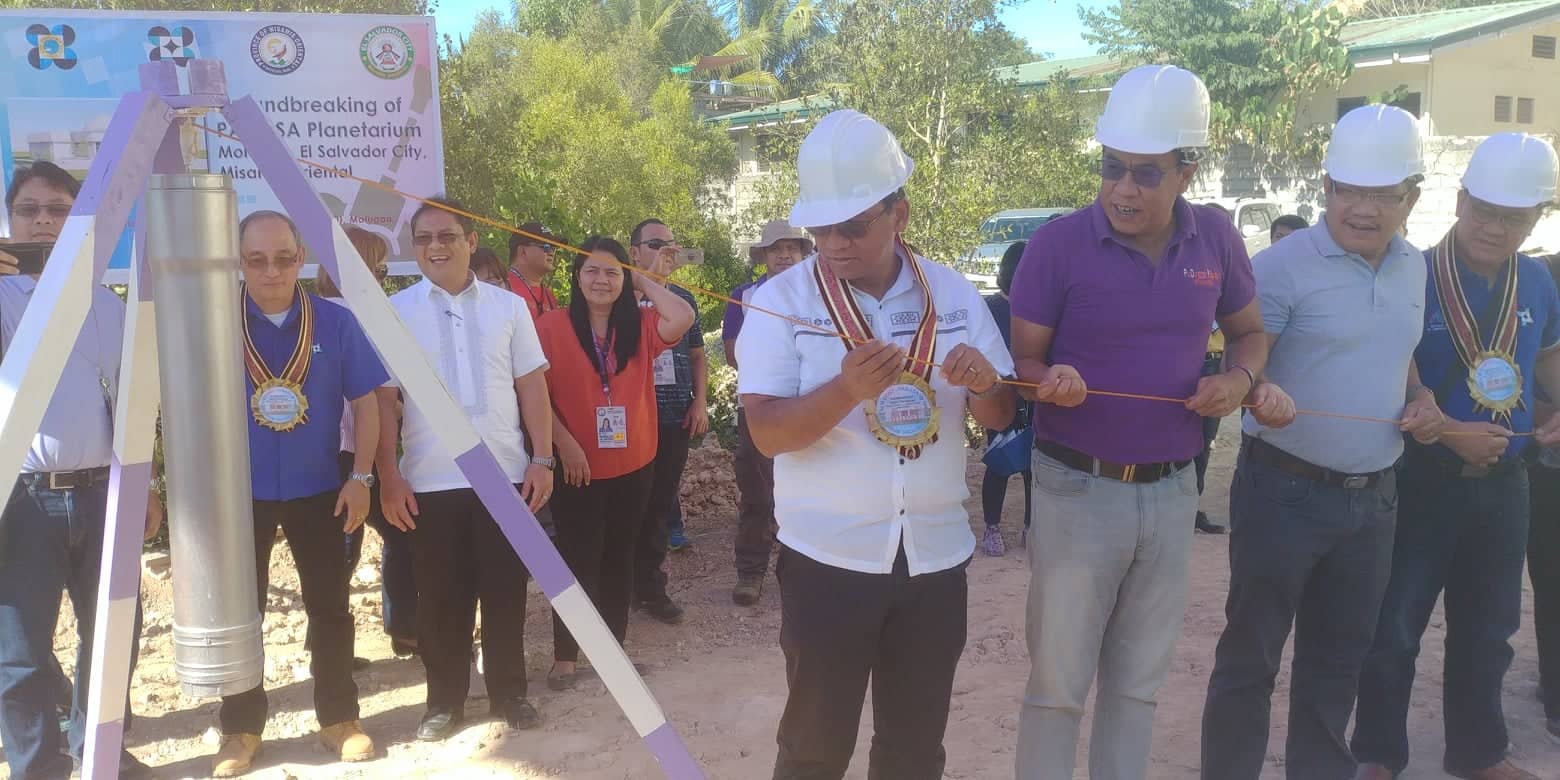 MISAMIS Oriental Gov. Yevgeny Vincente Emano on Friday (March 15) expressed his gratitude to the Philippine Atmospheric, Geophysical and Astronomical Services Administration (PAGASA) for choosing the province as the site of the first planetarium in Mindanao in barangay Molugan, El Salvador City.

During the groundbreaking ceremony that was also graced by Science and Technology Undersecretary Renato Solidum Jr. and PAGASA administrator Vicente Malano, Emano expressed confidence that the planetarium would garner not just students from all over the island but also adult curiousity seekers as well.

“For just P25, people will experience all the features inside a modern planetarium. And that’s a big boost to the economy of El Salvador City and Misamis Oriental,” Emano said.

It was learned that the P35-million planetarium will feature a large dome-shaped projection screen onto which scenes of stars, planets and other celestial objects can be made to appear and move realistically to simulate their real characteristics.

“It will be a theater, classroom and an immersive experience,” PAGASA’s Malano said. PAGASA is an attached agency of DOST.

Since this will be the only planetarium in Mindanao, Emano said he expects visitors not just from Northern Mindanao but throughout the island from as far as the Surigao provinces to the east, the Zamboanga region to the west and even the Davao region to the south.

This, even as Malano announced that plans are already in the pipeline for the construction of another planetarium in Davao City to cater to the southern Mindanao area.

Momentarily, Emano said that PAGASA’s project is an investment for the education of everyone. “Education is a tool of a lifetime,” he said.

For his part, Malano said that the planetarium would be a boost to high school students who are interested in pursuing college programs leading to a science degree.

The planetarium is expected to complete construction in a span of ten months.